Champion of Disruption: the Blockchain 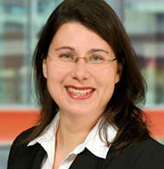 While many people have not even heard about it and others think that it is just another buzz word from the Silicon Valley, the blockchain - in fact - has the potential to disrupt many if not all industries. This is because the blockchain fundamentally changes the way, how (financial) transactions are taking place. The concept of blockchain arouse from the need for a trusted ledger to authenticate transactions without a central authority. It’s concept and technology bears many advantages, such as: near-instantaneous transactions, greater operational efficiency and reduced transaction costs, transaction verification without a central authority and protection against single points of failure. Although the blockchain gained interest in the financial industry first, meanwhile more and more industries are about to discover the potential of the blockchain. Countless start-ups are inspired by the blockchain to build their business idea on it and improve its concept and technology. As such, we can most certainly expect the emergence of a diverse eco-system built on the blockchain.